Ideas for Renovating a Small Kitchen

When renovating a small kitchen, you can make the space appear larger with strategic design choices. Here are several ideas.

One of the major ways to create a sense of space is to stick to a light and minimal colour palette. For example, select whites, creams, beiges, greys and pale blues. If a design uses similar tones over many surfaces such as cabinets and walls, it will minimise transitions. In this way, you can create a smooth flow that extends across the room, making it seem larger.

You might incorporate colour blocking modestly to add contrast and visual interest. For example, in an otherwise seamless space, add contrasting wall shelving in a small area. Or, on a kitchen island, you could add a section that featured a distinct faux wood finish.

Integrated appliances are also crucial in creating a seamless flow. For example, if you build cabinetry around the refrigerator and other appliances, the room will feature consistent surfaces. The same cabinetry doors and handles will cover all areas. On the other hand, if you don't integrate a fridge, it will bring a different texture, shape, door and handle to the kitchen. A stand-alone exposed fridge won't connect seamlessly to the walls or ceiling like integrated cupboards can, so it adds extra lines and clutter. If you don't integrate several appliances, then the busy look accumulates. This lack of seamlessness can make a small kitchen feel crowded and cramped.

You can extend the same principle of clean lines to the overall cabinetry. Install consistent cupboards without too much variation that adds clutter. You could select flat cupboard doors without contouring. They might be handleless or have simple rather than ornate handles.

On the other hand, in a large kitchen, you might take the opposite approach with cabinetry. To stop the room from feeling large and cold, you might want to install moulded doors. You might install white cabinetry around the walls and dark timber cabinetry around a kitchen island. You could add further contrast by varying the cabinet size and shape in different areas. While these things avoid monotony and add cosiness in a large kitchen, they're things to avoid in a small kitchen if you want it to look bigger.

Seamlessness in Other Rooms

You can extend the seamless mantra to other rooms during home renovations. For example, in a bedroom, you could custom build a bed and install integrated storage underneath rather than placing a stand-alone bed. Constructing custom side tables and closets will also reduce clutter. The room will then feature consistent storage across the room rather than different shapes and surfaces on each piece of furniture. 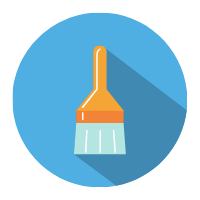 There are many reasons to remodel a home, but whether you are doing it to update the look or you are hoping to increase the future sales price of the property, the key to a great remodel is using a contractor. Working with a remodeling contractor involves a need for clear communication, and these blog posts aim to educate you on all facets of remodeling. From asking the right questions of contractors at the quote stage through to determining the order of tasks performed, the more you know about the remodeling process, the better the experience will be. Be sure to read up on this process before you begin altering your home.

Renovating Your Kitchen? 5 Must-Have Details To Include In The Plans
23 May 2022